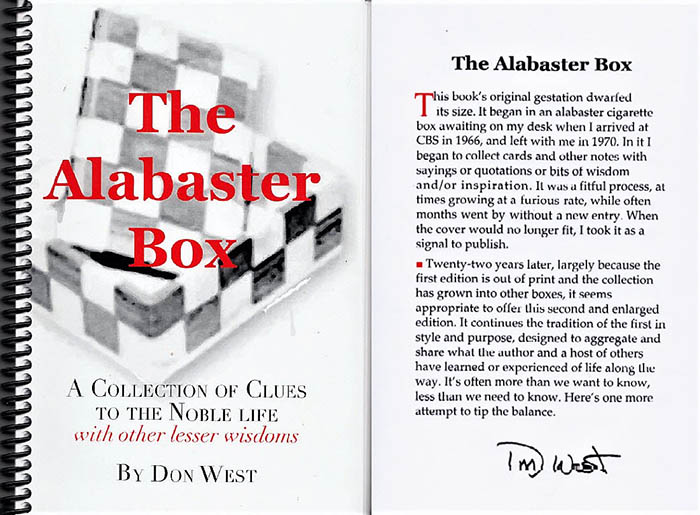 The Alabaster Box was never meant to sum up Don West’s adventures in writing but in the end it may be his most lasting work. Were that to be the case he wouldn’t mind. Its creation occupied his mind and his efforts over the course of three decades, and never disappointed either the author or those attracted to his work.

Among its other distinctions, it continued to grow into several editions alongside his own experience in and appreciation of life. Many readers have said that to read the book is to know the man who wrote it. That may well have been what he had in mind.

Tweets 0m
Following 1,670
Followers 1,628
Likes 310
Don West ·
@TheInfiniteAge
#FutureFuture - Fun online interactive experience from the @SmithsonianAIB - "Your Future Guide—a first-of-its-kind digital museum interactive combining technology with Smithsonian storytelling to invite you on a tour of the year 2050." #TheInfiniteAgehttps://t.co/2gx6hD6Pnx
View on Twitter
0
0
Don West ·
@TheInfiniteAge
#InfiniteDrugs - @chartrdaily rpts - & graphs - "This week a new study from @harvardmed docs est. #Medicare could save $4bn/yr if it purchased drugs & prescriptions from #MCuban's - btw, do we really need so many #prescribeddrugs#TheInfiniteAgehttps://t.co/ZtjeheoJIdhttps://t.co/DVAJ3bmBCs
View on Twitter 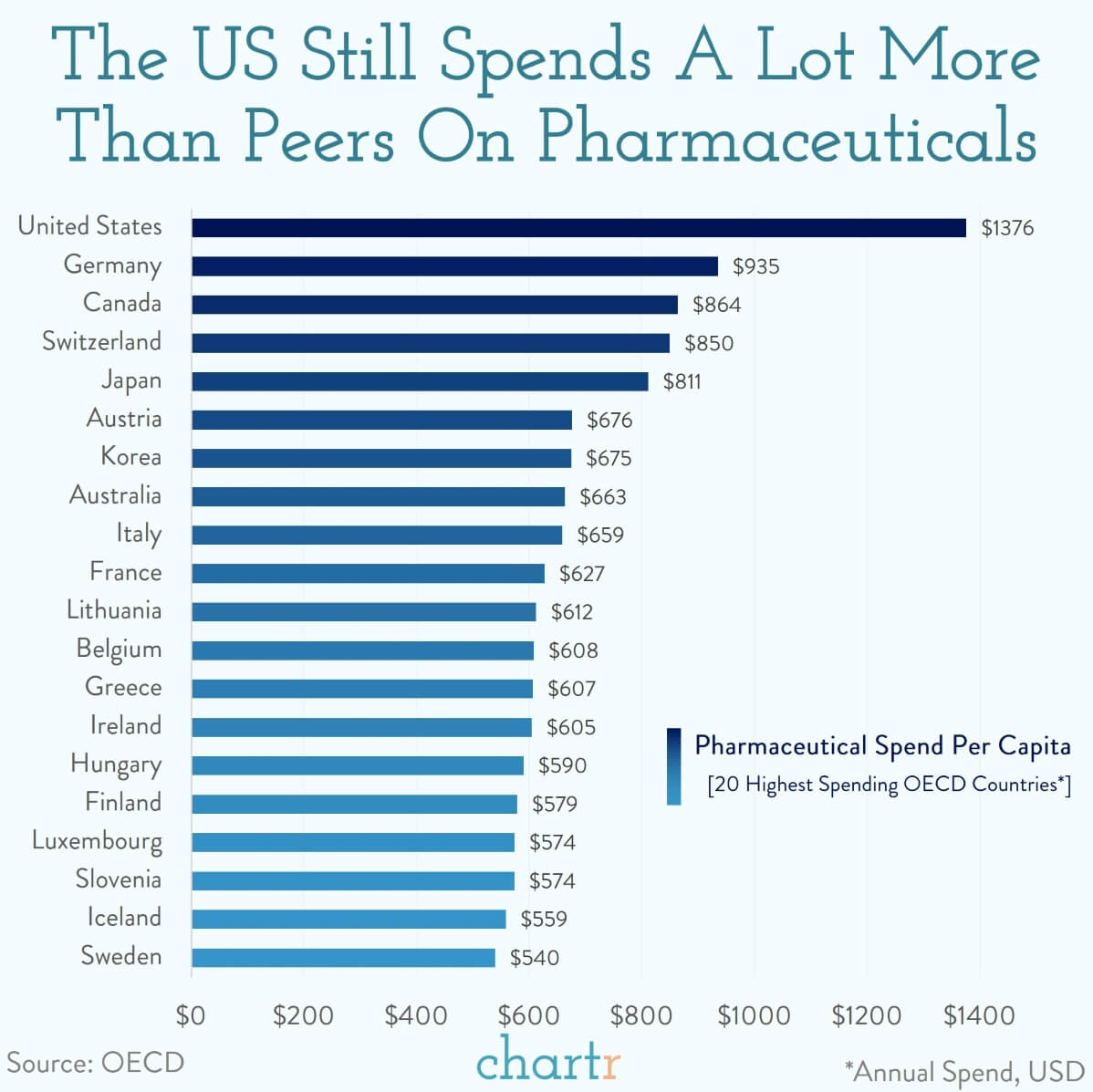